History of the Strike 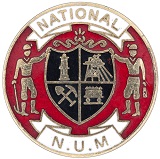 When does the history of the miners' strike really start? There are many factors which contributed to the complex situation preceding the strike.

Does it start with the Ridley Plan in 1977 -- the plan in which Nicholas Ridley set out the guidelines for a future conservative government to take on the trade unions, the weakest first, the strongest last? Much of the detail of the strategy we saw in the miners' strike – the build-up of coal stocks, the use of the police, the use of lorries to transport coal – was prefigured in the Ridley Plan.

Or does the history of the strike really start with the election of the Tories in 1979? Or with the infamous cabinet minute shortly afterwards, which spoke of the ability to massively increase reliance on nuclear power in order to minimise the industrial and political strength of the National Union of Mineworkers? Was the strike the inevitable Tory revenge for their defeats at the hands of the miners in 1972 and 1974?

Could the strike really be traced back to the election of Arthur Scargill as President of the NUM – an almost unique trade union leader whose commitment to fight for the policies of the NUM Conference was utterly unswerving?

Many people would say that the setbacks suffered by other major trade unions – the steel workers, ASLEF over flexible rostering, the Health Service workers, and the NGA in the Warrington Messenger dispute – gave the clear indication that neither the TUC leadership nor the Parliamentary Opposition had recognised the outright confrontation being provoked by the government nor had the guts to stand up to it. Moreover, the experience of the trial runs in those disputes showed that the use of the police and the courts against working people would be grudgingly tolerated by some of the Labour movement's leadership. It could be argued that it was then inevitable that Mrs Thatcher would see the NUM as a prize to be coveted and the stronghold of the miners as a bastion to be stormed.

Or could one identify the appointment of Ian MacGregor as the moment at which the strike became inevitable? Given his record at British Leyland (appointed by a Labour government) and later at the British Steel Corporation, it was quite clear that he was appointed by the Prime Minister as Chairman of the National Coal Board with a mandate to butcher the mining industry.

In an immediate sense, the strike was provoked with MacGregor's announcement that another 4 million tonnes of capacity – leading to a loss of 20,000 jobs – was to be taken out of the industry, and then announcements of the closure of Cortonwood Colliery and the four other pits under immediate threat at that time, without reference to established procedure for closures.

No-one should have been surprised at this development. Arthur Scargill had repeatedly warned of the government's intentions and of the NCB hit lists, and he was right.

Indeed, it is instructive to note how many times what appeared to be key Government and NCB arguments against the NUM subsequently turned out to be issues on which the NUM was proved correct. One only has to trace the propaganda offensive that accompanied the NACODS agreement', with Mrs Thatcher and Peter Walker continually urging the NUM to settle on a similar basis. But the NACODS leadership rapidly recognized that their agreement was worthless. And in the spate of pit closures which followed the end of the strike, none was subjected to the new independent review procedure which had been hailed as a great breakthrough by the Government in the NACODS agreement.

An even longer historical memory will find it staggering that the Tory inspired issue of a ballot could be turned into such a serious matter by the NCB and the government – and unfortunately by some leading members of the Labour Party and that it could be used by Mrs Thatcher's friendly Tory judges as a basis for Common Law decisions against the NUM at National and Area levels. All this despite the fact that under Joe Gormley's leadership, the National Executive of the union defied a National Conference decision and a national ballot that went overwhelmingly against productivity deals, and allowed the Nottinghamshire Area to negotiate such a deal with the NCB. And all this despite the fact that a High Court judge had responded to the South Wales and Kent Areas of the union by ruling that ballots and conference decisions in no way bound the union's executive.

Any serious study of the strike will have to conclude that the strike was not about ballots, not about violence, not about trade unions and the law, but about jobs and communities. In a sense, it was remarkable that so many could struggle for so long and for no gain to themselves. It was not a selfish strike, but one based on the finest principles of the strong defending the weak. And as time passes, it becomes increasingly more obvious that the miners were right to make their stand; week by week, it becomes increasingly more apparent that it is the clear intention of the NCB and the government to achieve the destruction of the mining industry, the miners' union and in turn to deal a mortal blow to organised resistance by working people to their policies of the New Right.

And no historical view could fail to observe the unique situation of a major national trade union being put into Receivership, deprived of all its funds, and operating for over a year on the basis of goodwill and donations from sympathisers and supporters in the Labour Movement. The ability of a Conservative government to get away with such a threatened elimination of its opponents will he something which for many years to come will lead people to ask why the wider trade union and Labour movement could have allowed such things to happen without retaliation.

Before the miners' strike, there was a view that was becoming increasingly fashionable, particularly among those who talk of a re-alignment of the Left, that class struggle was a thing of the past.

We even heard it said that the present generation of industrial workers, including miners, many with mortgages, hire purchase commitments, foreign holidays and cars, would never again endure a strike of such length and proportions. The miners' strike showed that such a view was nonsense. Not only did the miners themselves, particularly the younger miners, show an almost historically unparalleled determination to win, but another remarkable phenomenon of the strike was the equal determination of the women of the mining communities to participate shoulder to shoulder with their menfolk.

If the leadership of the Labour Party, the TUC, and the leading unions, had looked after their own class – the working class – in the way that Thatcher and the Tories looked after their class, the outcome of that strike – and British society – would have been quiite, quite different. Had they chosen instead a commitment to those in active struggle, then future historians might have recorded that the 1984-85 miners' strike was the beginning of the end of the Thatcher government and all that it stood for. Instead, it marked the beginning of the end for British manufacuring. The miners showed that resistance is possible, and the determined manner in which that resistance was crushed by a Tory Party showed clearly how it was intent on maintaining the last vestiges of a capitalist society.

Other working people joined that resistance, hoping for the transformation of society to one based on the commonwealth of working people and their families. It was not to be, and Thatcherism and its evil offspring, New Labour, have wreaked havoc on working communities ever since.

The Events leading to the overtime ban in November 1983 and the subsequent miners' strike for jobs in 1984-85.

29 SEPTEMBER 1983 – NCB gives written negative reply to the Union's claim, adding that before their offer of a 5.2 % could be accepted: "first over-production of high cost capacity must be eliminated".

21 OCTOBER 1983 – NUM Special Delegate Conference unanimously agreed:
(1) to reject the Board's wage proposals as total unsatisfactory;
(2) to reaffirm the Union's opposition to pit closures other than on grounds of exhaustion and to fight any further reduction in manpower levels and to resist NCB and Government plans to close 70 pits over the coming five year period;
(3) to impose a full overtime ban from 31st October. 27 OCTOBER 1983 – NCB reaffirms their demands. 31 OCTOBER 1983 – Overtime ban started. 1 MARCH 1984 NCB – announces the closure of Cortonwood Colliery in Yorkshire and announce a cut back of 4 million tonnes of coal in the forthcoming year with a loss of 20,000 jobs.

After the Strike 22 MAY 1985 – NUM appears before Select Committee of the House of Commons on Employment. The Committee required the NCB to review all cases of sacked miners. 18 JUNE 1985 – Irish High Court dismisses Sequestrator's application to return NUM funds to Britain. SUMMER 1985 – an initial vote to form the Union of Democratic Miners (UDM) was taken by Notts miners. Advice on how to form the UDM is given by Tony Blair's former flatmate Charles Falconer, later given the job of Lord Chancellor by Blair in his New Labour government elected in 1997 (see newsletter for May 2005 in the 'Newsletters' section of this website). 1 SEPTEMBER 1985 – TUC Congress adopts resolution calling for a campaign for the re-instatement of victimised miners and repayment of the fine costs of NUM relating to sequestration and receivership. 1 OCTOBER 1985 – Labour Party Conference adopts a composite resolution calling for repayment of cost of sequestration and a campaign for victimised miners. 28 OCTOBER 1985 – NUM holds Special Delegate Conference in London and agrees to support a campaign for all sacked/victimised miners as a result of the dispute. The National Justice for Mineworkers Campaign is born, and is formally launched at a massive rally and concert at the Albert Hall, London, in October 1986. And we are still here. 6 DECEMBER 1985 – the UDM is formally inaugurated, consisting overwhelmingly of miners who scabbed during the strike.